Posted in:
Food and drink
Infants

Infant Botulism is a very rare illness caused mainly by giving honey to a baby that’s between 3 weeks and 6 months old, but those who are under the age of 1 are at risk of getting this illness. The bacteria is called Clostridium Botulinum, which can sometimes be found in dust and dirt that forms spores. When it reaches the baby’s large intestines, it can cause serious health effects that can lead to weakness of the muscles, affect the nerves, and affect the baby’s ability to eat and breath. The reason this bacteria mostly affects infants under 1 year old is because they don’t yet have a mature digestive system that is able to handle the bacteria. It is very important to learn about this illness and be familiar with its signs and symptoms so it can be recognized and treated early.  This is why it very important not to give honey to babies less than one year old. According to the 2016 CDC National Botulism Surveillance report, out of the 205 confirmed cases of Botulism, 150 of them were infants.  The state with the most reported case was California and the average age was 4 months old. 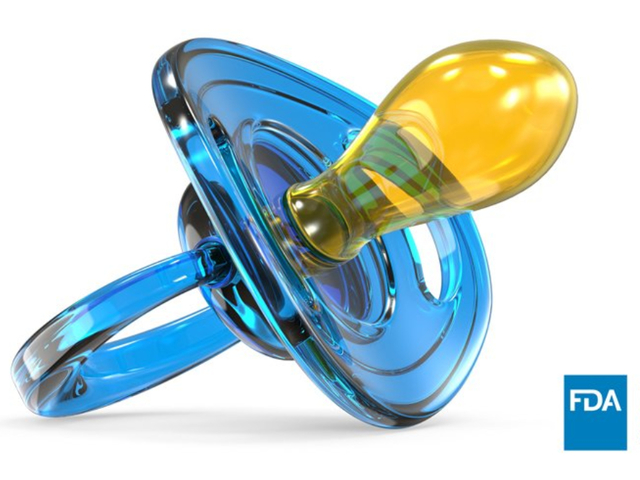 Honey pacifiers could also be another source of botulism. There were 4 reported cases of infant botulism in Texas between August and October of 2018 that were caused by pacifiers filled with honey all of which were purchased in Mexico.  These products, however, are also available online and in various stores in the U.S. The affected babies all live in Texas and the cases were determined to be unrelated. Although some cultures believe that honey filled pacifiers help prevent constipation, many parents are simply not aware of the risks associated with these products.

According to the American Academy of Pediatrics, the only known prevention is to avoid honey in food, water or in anything an infant eats or puts in their mouth until they’re at least 1year old.  Doing so puts them at greater risk of contracting this illness. Also, it is important to note that the spores that cause this illness can also be found freely in the environment in dust and dirt.

The incubation period for this illness is between 3 to 30 days after exposure. Most babies who get botulism make a full recovery with treatment.  If a child does get botulism, they will need to be hospitalized for proper monitoring and treatment due to the seriousness and potential risks associated with the disease.  Since this illness can lead to serious breathing issues, the doctor might put the baby on a ventilator to assist them with breathing along with fluids and at times a feeding tube for proper nourishment. It is very important to diagnose infant botulism as early as possible and provide the necessary medical care in order to have a full recovery. Antibiotics cannot be used in these cases because they do not help to treat the symptoms.  The recovery can take weeks if not months, depending on the severity and progress of the child.